We had the joy of hosting a team of 18 people who came to Ecuador to build a church and do various other ministry activities.  This MWOA team, led by Rich Tonti, included people from the ages of 13 to 82! Most people came from California, but members also represented Illinois, Michigan & Tennessee.

The main construction project was to break ground on a new church building for a congregation in South Quito. This church has been meeting for several years in a tiny shack in the corner of a big piece of land they purchased with the dream of expanding. After just one week of work from the MWOA team, this church now has a foundation, floor, support columns & walls!!! They were so inspired and motivated by the work accomplished and the realization that their dream is now possible. We can’t wait to hear about all the exciting things yet to happen in their community as they finish and FILL this building with people hungry for God.

While some were slinging concrete, other members of the MWOA team were involved in a mixture of ministry and helping at various other sites. We were able to hold devotions and have some fun time with the kids at FACES which is an outreach to kids who work in the streets. Also at FACES, we painted some walls, cleaned some floors and peeled a LOT of potatoes!

Our times of ministry also included a “sidewalk Sunday school” and mini-carnival with the children who live around the seminary (SEMISUD). We also visited a nearby orphanage and delivered many hygiene supplies. We had an amazingly fun time sharing and playing with these precious children.

On our last work day, all members of our team worked together at the Church of God Feeding Center in Atacucho. Many members of our team participated in the first construction on this project years ago. Now, they were able to see the center in full action, offering food and assistance to over 80 children that day. During this day of ministry, we were able to paint walls and hold devotion and craft time for the kids. It was great to see many of the “concrete slingers” have a chance to receive lots of hugs from the kids along with a few stabs with balloon swords.

Throughout the week, some of the team performed a drama to the song “Everything” by Lifehouse everywhere they could. One included an impromptu service in the largest park of downtown Quito. Here, the people circled around to see the drama and afterward, 21 people came forward to pray for salvation!

The days of this trip flew by so fast, but were so filled with blessings for the Ecuadorians as well as for all of us involved in the trip. Ecuador will never be the same and never will we.

SearchPostsLoginCart
COVID-19 Relief met with tears of gratitude
Around 35% of Ecuadorian families do not have access to clean water for human co…
A nutritious meal is a good companion to bible knowledge and skills development….
@centralchurchnc providing clean water to families.
What is in your pantry?
How do you feel today?
National Child Health Day

Join with us to transform lives

Discover what God is doing in Ecuador through ProjectM25. 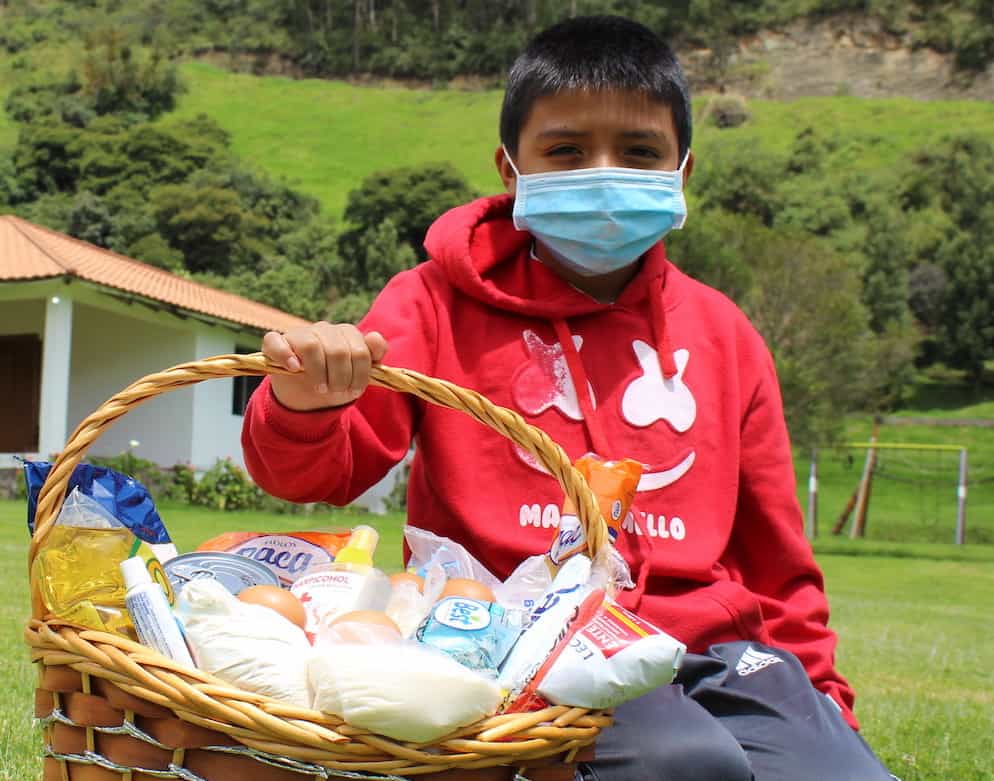